Many immigrants in Connecticut and other areas seek employment options. A survey that was conducted in 2018 revealed that the majority of Americans support immigrants who are highly skilled.

What does the survey say?

Over the last few years, the United States has seen a slew of problems surrounding immigrants and migrants seeking asylum in the country. With the “America First” attitude from 2017 through 2021 and a demand for a border wall, immigrants didn’t seem to be welcome into the U.S. However, the survey that was conducted by the Pew Research Center showed that the majority of Americans support immigration as long as it involves highly skilled immigrants. Around eight out of 10 Americans not only supported highly skilled immigrants but wanted more of those immigrants to come into the country.

How do the survey findings compare with other countries?

How many immigrants in the U.S. are highly skilled?

According to the Pew Research Center survey, only just over one-third of immigrants ages 25 and older have a college education. Although this number might seem low, it means that the U.S. has more college-educated immigrants than countries such as France, Germany, Greece, Italy, the Netherlands and Spain. Countries like Israel, Sweden and the United Kingdom are ahead in that regard.

In spite of those numbers, the U.S. has the highest number of immigrants who are highly skilled. Around 14.7 million aged 25 and older hold college degrees.

Get the strong counsel and effective advocacy to resolve your legal matters.
Contact Rachna Khanna Law Group today at 860-310-5577 or send us an email.

Rachna Khanna Law Group is proud to be a member of the American Immigration Lawyers Association. 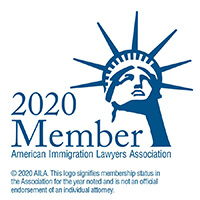 Get The Help You Need